Cerebral palsy (CP) is a neurological disorder of movement, motor skills, muscle tone or posture that is caused by damage that occurs to the immature, developing brain, most often before birth. It is caused by brain damage that develops while the baby is still in utero or during or shortly after birth.

Cerebral palsy is a congenital disorder. It affects around 500,000 in the United States. Signs and symptoms appear during infancy or preschool years. In general, cerebral palsy causes impaired movement associated with abnormal reflexes, floppiness or rigidity of the limbs and trunk.

Also included to the causes are abnormal posture, involuntary movements, unsteady walking, or some combination of the mentioned conditions. 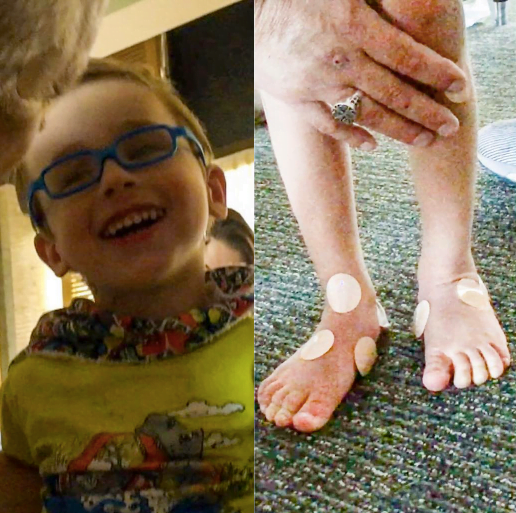 “The look on a child’s face who has cerebral palsy when his heels hit the ground for the FIRST. TIME. EVER.
After only 10 minutes.”

Currently, there is no cure for cerebral palsy. However, there are numerous treatment options that can help babies and children live quality lives that turn into successful adult lives.

With the help of ANF Therapy®, cerebral palsy and its associated medical conditions such as speech problems, learning disabilities and hearing and vision issues can also be addressed. If you would like to know more, please contact ANF Therapy®.

Find an ANF Practitioner near your location.